The only conservative professor in Boulder at Colorado University is under fire by homose xual activists demanding he be punished because he dared question the value of gender re-education training about male students who dress like women.

“Student leaders at the University of Colorado are speaking out against Steven Hayward, the university’s first-ever visiting scholar in conservative thought, for statements he made in a recent interview and in a blog post.

“The student leaders pointed to a post Hayward wrote on the blog Power Line in October titled ‘Off on a gender-bender,’ in which he described his discomfort and confusion after attending an orientation for new faculty members about gender identity.”

Hayward writes: “I had to sit through [gender re-education training] at the University of Colorado orientation for new faculty. It was an interesting and tense moment: I’m sure I was among the only—if not the only—conservative in the room of roughly 100 new faculty, yet the sense of discomfort in the room over the gender-self-identification whim-wham was palpable. Several people asked whether the gender-re-identification privilege couldn’t be abused as a classroom disruption tactic. The answer the university’s diversity lawyer gave was, ‘Use your best judgment.'”

[Dr. Chaps’ comment: Just like Firefox CEO Brendan Eich was forced to resign for supporting natural marriage, now the Nazi-like fascists on the homose xual left want to hound all Christians or conservatives remaining in academia, to purge our thoughts or terminate our access. Resistance is futile, they claim, but God will vindicate us if we hold firm in our faith.]

The Obama Administration has opened womens restrooms to cross-dressing men.

President “Obama’s Office of Personnel Management has published what it calls ‘Guidance Regarding the Employment of Transgender Individuals in the Workplace.’ This document speaks of ‘sex’ as something a person has ‘assigned’ to them only after they make it through the birth canal,” reports TownHall.com.

“For a transitioning employee, this means that, once he or she has begun living and working full-time in the gender that reflects his or her identity, agencies should allow access to restrooms and (if provided to other employees) locker room facilities consistent with his or her gender identity,” say the guidelines. 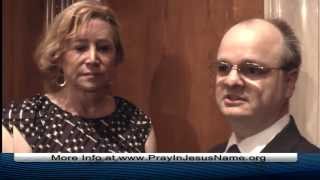 According to the guidance, access to a restroom or locker room should not be conditioned on anatomy.

“While a reasonable temporary compromise may be appropriate in some circumstances,” say the guidance, ‘transitioning employees should not be required to have undergone or to provide proof of any particular medical procedure (including gender reassignment surgery) in order to have access to facilities designated for use by a particular gender.'”

[Dr. Chaps’ comment: Obama has now gone to full perversion as a matter of policy. When violating the privacy rights of all women and little girls, exposing them to naked men with mental disorders who pretend and deceive themselves, he now requires we believe their deception with them.]

Worse yet, if Nancy Pelosi’s ENDA becomes law, all Christian business-owners nationwide will be punished if they refuse to open ladies’ restrooms to cross-dressing men.

The U.S. Senate voted 64-32 to force the gay ENDA agenda upon Christian Business Owners, trampling our religious freedoms, and forcing Christians into bankruptcy and lawsuits if they refuse to hire homose xuals that oppose their corporate mission.

“With supporters Claire McCaskill, D-Mo., and Lisa Murkowski, R-Alaska, not present, the vote initially appeared as if it would fall short. The drama was heightened by a small number of Republicans concerned about religious exemptions in the bill.

“Collins called Sen. Charles E. Schumer, D-N.Y., into the GOP cloakroom to broker a deal to get the needed votes, according to a senior Senate Democratic aide. And with supporters hovering one vote shy of the 60 needed, Portman and Toomey emerged to provide the 60th and 61st votes.”

Watch! Dr. Chaps’ new TV interview with Will Perkins on the history of Colorado Amendment 2 which banned homose xual “marriage” in Colorado.

The bill now moves to the House of Representatives.

“The bill would bar employers with 15 or more workers from using a person’s sexual orientation or gender identity as the basis for making employment decisions, including hiring, firing, compensation or promotion,” reports AP.

“Heritage Action said Friday that the bill would ‘severely undermine civil liberties … and trample on religious liberty’ while potentially undermining job creation. The conservative organization called for a vote against the bill and said it would record the vote on its legislative scorecard.”

[Dr. Chaps’ comment: For-profit business owners have NO religious exemptions, which will force Christians to choose: either quit your business or hire gays who may directly oppose the mission of your corporation. Owners of Bible publishers, Christian bookstores, Chick-Fil-A and Hobby Lobby will no longer be permitted to operate a business that honors God and fulfills their owner’s mission to promote godliness in the marketplace.]

Let’s petition all 435 Congressmen to OPPOSE and FILIBUSTER this bad ENDA bill.

Friends, their version of tolerance now requires bankrupting Christian employers, or any public restaurant or retail store that refuses men full access to women’s bathrooms. We must take action to stop ENDA from becoming law.

Who is Dr. Chaps? Bio here.