HOT PETITION! Repeal the 1954 Johnson Amendment and revoke the IRS’s power to Tax Churches and Non-profits if they endorse political candidates. Please select, sign, and WE WILL FAX your petition to all 535 members of Congress (saving you time!)

The IRS tax-exempt organization chief Lois Lerner is pleading the 5th Amendment before Congress, after shocking emails show she may have colluded with the Department of Justice to threaten criminal prosecution of Tea-Party Conservative groups, in an effort to silence them from criticizing the Obama Administration or exercising their First Amendment rights, reports ConservativeActionAlerts.com

“Chairman Darrell Issa (R-CA) the current chairman of the House Oversight and Government Reform Committee, and Rep. Jim Jordan (R-OH), chairman of the Subcommittee on Economic Growth, Job Creation and Regulatory Affairs released their response to documents they read that were obtained by Judicial Watch, which investigates and exposes government corruption and abuse.

“Reps. Issa and Jordan allege that the newly released IRS documents reveal that Lois Lerner, the Director of the IRS Exempt Organizations office at the time, was in contact with Attorney General Eric Holder’s Justice Department officials regarding possible prosecutions of tax-exempt groups Lerner deemed to be ‘dangerous’ to the Democrats especially the Obama administration. 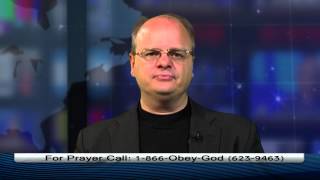 Watch! Dr. Chaps’ 7-minute TV analysis of the IRS corruption exposed by Chairman Issa of the oversight committee (at the 11:00 minute mark)–>

“The release of new documents underscores the political nature of IRS Tea Party targeting and the extent to which supposed apolitical officials took direction from elected Democrats,” Chairman Issa said in a press statement on Wednesday.

“These emails are part of an overwhelming body of evidence that political pressure from prominent Democrats led to the targeting of Americans for their political beliefs,” added Issa.

“Now I see why the IRS is scared to give up the rest of Lois Lerner’s emails,” said Chairman Jordan.”

[Dr. Chaps’ comments: The IRS must remain politically neutral, and recognize its own laws which permit conservative and liberal groups alike, for profit and non-profit, to report the news and blog about issues of concern to their values. To gag the prophetic voice of the press, or non-profit church and charity groups under attack (defending themselves) by the corrupt government, to tax the church or charity groups for exercising their First Amendment rights, is actually an establishment of anti-Christian religion, and must be resisted. We stand with Chairman Issa of the Oversight Committee, and pray for him as scripture commands us to pray for all in authority, 1 Tim 2:2.]

Let’s petition Congress to restore free speech to pastors under fire by the IRS:

After IRS officials met 155 times in the White House with Obama Administration officials, and the IRS confessed engaging in illegal and biased taxation of conservative groups, including pro-life and Christian groups, nobody was held accountable.

That IRS scandal caused some liberals to call for President Obama’s impeachment, as the worst abuse of IRS power since President Nixon.

Shockingly, Obama is now “doubling-down” and pushing for even more IRS persecution and taxation of Christian groups, including non-profit 501c4s and soon 501c3s and Churches, reports Matt Barber of Liberty Counsel. 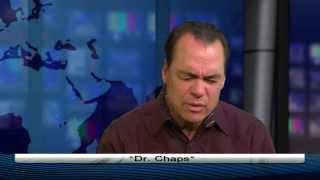 Sadly, Obama “has quietly released a proposed set of new IRS regulations that, if implemented, will immediately, unlawfully and permanently muzzle conservative 501(c)(4) nonprofit organizations and their individual employees.”

“These Orwellian regulations will prohibit conservative 501(c)(4) organizations from using words like ‘oppose,’ ‘vote,’ or ‘defeat.’ Their timing, prior to a pivotal election, is no coincidence and provides yet another example of Obama’s using the IRS for ‘progressive’ political gain.”

[Dr. Chaps’ comment: Pastors like Mark Cowart (interviewed above) are heroes, who dare to stand up for religious freedom of speech, and dare to stand up to the IRS taxation of Christian speech. But the First Amendment requires Churches and non-profits must remain exempt from government tyranny.]

The 1954 Johnson Amendment law is not just unconstitutional, it’s also un-American. Hundreds of courageous pastors take a stand every October, by violating the Johnson Amendment law and preaching about politics (just one Sunday per year) in the pulpit. Many send transcripts to the IRS demanding their own punishment, and daring the IRS to sue them in court, or try to revoke their church’s non-profit IRS status.

So far the IRS has failed, repeatedly, to enforce the Johnson Amendment, because they themselves admit the law violates the First Amendment of the U.S. Constitution. The government cannot tax or punish free speech, especially in church. Religion itself is highly political, because God is God, and the devil wants to rule in His place. Nowadays the devil uses corrupt politicians to rule society and pass immoral laws.

Throughout America’s history, starting with the Revolution, our nation’s pastors spoke freely on political and moral issues of their day. It was not only their privilege but their duty to preach truth to power, against immorality and corruption. Historian James H. Huston wrote of 1776: “Preachers seemed to vie with their brethren in other colonies in arousing their congregations against George III.” Mr. Huston also discovered the House of Representatives sponsored church services in its chambers for the first 100 years. They only stopped when better transportation took members of Congress home for the weekend.

In the mid-nineteenth century, evangelical Christians were primary agents in shaping American political culture and ending slavery, according to Richard Carwardine, author of Evangelicals and Politics in Antebellum America. “Political sermons, triumphalism and doom laden, redolent with biblical imagery and theological terminology, were a feature of the age,” he writes.

In the 1856 election, one minister distilled the question before voters as a contest pitting “truth and falsehood, liberty and tyranny, light and darkness, holiness and sin . . . the two great armies of the battlefield of the universe, each contending for victory.” Language like this today earns a pastor a visit or letter from the Internal Revenue Service.

In 1992, the Church at Pierce Creek in Vestal, New York placed a newspaper ad warning Christians not to vote for Bill Clinton for president. Casting a vote for Clinton, the ad warned in rhetoric echoing 1856, would be committing a sin. The IRS took notice and three years later revoked the conservative church’s tax exemption.

But the IRS does not enforce this law fairly. For example in 1994 another church in New York welcomed “New York governor Mario Cuomo (D-NY) campaigned for reelection on a Sunday morning at the Bethel African Methodist Episcopal Church in Harlem. Cuomo was rewarded with a long, loud round of applause and an unequivocal endorsement from the pastor,” according to a Newsday report. But the IRS never stops liberals. The American Center for Law and Justice, which represented the Church at Pierce Creek, uncovered evidence at trial that the IRS knew of more than 500 instances in which candidates appeared before churches, as happened with Governor Cuomo and Bethel A.M.E., but took no action to revoke these churches’ tax-exempt status.

The Johnson law is being used by the Government to shape the messages of the Church and its pastors. Conservative churches are silenced, but liberal churches are freely politicized. This Goverment censorship of ANY Church is plain and simple illegal. The First Amendment states that “Congress shall make no law respecting an establishment of religion, or prohibiting the free exercise thereof; or abridging the freedom of speech.” Yet that is exactly what Congress did, and the IRS now does, by silencing churches.

Bottom line: Our pastors are being silenced. Let’s take the gag off conservative churches, and restore the First Amendment freedom of speech to our pulpits. Sign our new petition!

Friends, our Congress must vote on the record, for or against pulpit freedom. Let’s take a stand today, and demand free speech be restored to churches and pastors.