The commander of an Ohio Air National Guard unit has censored his subordinates and forbidden them to print Bible verses in a newspaper, violating their First Amendment rights and essentially requiring they only express atheism in public.

“That’s when the problem started.  A civilian complained about Col. Marquinez’s article, claiming it to be  ‘odious’ and ‘offending.’  Now, those are pretty harsh words.  Surely the article must have been really bad.  It must have advocated something horrible.  So what was it that got the civilian so upset?” 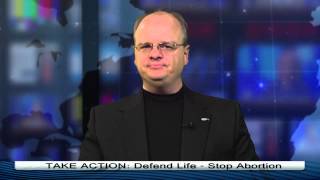 “It was simply this: that Col. Marquinez recognized that military service brings many challenges, and for him, his faith in Christ helped keep him on the right path. Noting that our nation proclaims ‘In God We Trust,’ he suggested that personal faith could also bring value…

TAKE ACTION!  Call the base operator at 419-868-4250.  Press option 1, (“locating an ID card number or phone number”), then press option 2, (“locating a phone number”).  That transfers you to the operator, and you can ask to be transferred to Col. Craig R. Baker, commander of the 180th Fighter Wing.  Ask him three questions:
1. Why did you censor the Bible verses from your subordinate’s article in the paper?
2. Are you a domestic enemy of the Constitution?
3. Why are you forcing atheism upon your subordinates?

Anybody who makes that phone call, then emails me what he says (and your mailing address), will get a free copy of my book “The Demons of Barack H. Obama.”

WE HEREBY INVITE COLONEL BAKER OR HIS SPOKESMAN TO APPEAR ON OUR TV SHOW TO EXPLAIN.  Call me at 1-866-Obey-God to schedule.

Let’s petition Congress to stop threatening troops and chaplains for expressing their faith.

Please select here to sign urgent petition, and we will fax all 100 Senators (saving you time!) to PROTECT MILITARY CHAPELS, CHAPLAINS AND TROOPS RELIGIOUS FREEDOM to oppose immorality, restore the good chapel amendment from H.R. 4310.

Or you may choose our Free Petition Option Here.

Chaplain vs. Atheist on Bibles in Navy Hotels.  Debate!

I had the privilege of debating an atheist complainer, Sam Grover from the Freedom From Religion Foundation, on national TV this week, courtesy of NewsmaxTV and former Congressman J.D. Hayworth. 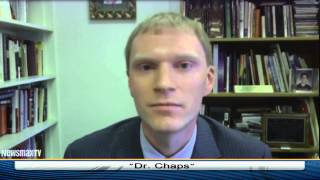 Watch!  Video debate between Dr. Chaps and Atheist Complainer (and full report of our victory) here–>

After YOU petitioned Congress, the Navy repented and returned the Bibles, TEMPORARILY until they review policy.

“The spokesman for an organization that promotes religious liberty says he is grateful the U.S. Navy has reversed its decision that removed Gideon-placed Bibles in naval base hotel rooms,” reports OneNewsNow.

“Ron Crews, executive director of The Chaplain Alliance for Religious Liberty, says he was pleased with the U.S. Navy’s reversal. But that reversal is only temporary, he points out.

“A spokesman for the Navy told The Christian Post that the ‘religious materials,’ meaning the Bibles, will be returned while the Navy’s ‘religious accomodation policies’ are being reviewed.

“Gordon Klingenschmitt, a former U.S. Navy chaplain, says he is grateful that people called Congress and reversed the decision. Be he points out, like Crews, that the decision is temporary.

“So reviewing the policy could go either way,” says Klingenschmitt, who runs ‘The Pray in Jesus Name Project’ that advocates for religious liberty in the armed forces.”

Let’s continue to CALL CONGRESSMAN BUCK MCKEON at (202) 225-1956, and say these words:  “MAKE THE NAVY STOP REMOVING BIBLES FROM HOTELS.  Our Sailors need free access to Bibles especially when they travel away from home.”

Then let’s fax Congress to demand religious freedom for all our troops and chapels:

Please select here to sign urgent petition, and we will fax all 100 Senators (saving you time!) to PROTECT MILITARY CHAPELS, CHAPLAINS AND TROOPS RELIGIOUS FREEDOM to oppose immorality, restore the good chapel amendment from H.R. 4310.

Or you may choose our Free Petition Option Here.