Moderate Muslims are calling to end the Jihad against Christians and Jews. “Religious extremism is a perversion which must be eradicated, Saudi Arabia’s King Abdullah said last week Sunday, with his air force engaged in a U.S.-led campaign against jihadist militants in Syria,” reports Al-Arabiya News. “Extremism, which has generated terrorism, behooves us to combine our efforts to fight it and defeat it because it has nothing to do with Islam,” the king said in an annual address to leaders of delegations from Islamic nations which performed the annual hajj pilgrimage, the official SPA news agency reported. “Extremism is a perverse factor which we can only remedy by eradicating.  And we are engaged in eradicating it unwaveringly and with determination,” said King Abdullah. But American Muslim Dr. Zudhi Jasser points out King Abdullah recently had 19 criminals beheaded in Saudi Arabia.

Watch!  Dr. Chaps’ exclusive TV interview with moderate Muslim Dr. Zuhdi Jasser who is standing up against Islamic extremism–> I had the high privilege of interviewing Dr. Zudhi Jasser (pictured right–>), a moderate Muslim who is under fire for opposing Islamic extremism here in America. Dr. Jasser, an American patriot who frequently appears on Fox News, believes in “separation of Mosque and State” and has been threatened by Muslim extremists because he refuses to believe Islam calls for violence against Christians and Jews. Let’s petition Congress to STOP President Obama’s plan to fund the Muslim Brotherhood. Help Stop Funding The Muslim Brotherhood!  Select here to sign HOT petition, and we will fax all 535 Senators/Congressmen instantly (saving you time!)  Or select free option here. Oklahoma Beheader:  Muslim Motive or just Workplace Violence? The Obama Administration blames “workplace violence” for the beheading of a Christian co-worker by a Muslim extremist in Oklahoma. “The FBI is investigating the incident in which fired employee Alton Nolen, 30, allegedly attacked Colleen Hufford, 54, stabbing her several times before severing her head. Nolen also stabbed another women at the plant. The company’s COO, a reserve sheriff’s deputy, thwarted the second attack, shooting Nolen, who is in stable condition,” reports Fox News. “Co-workers reportedly said Nolen tried to convert them to Islam after his own recent conversion. The police department issued a statement saying “he recently started trying to convert several employees to the Muslim religion.” Nolen’s facebook page reportedly “has several photos of Usama bin Laden and a screen shot from the 9/11 terror attacks. It also shows a man with a quote [from the Koran]: “I will instill terror into the hearts of the unbelievers: smite ye above their necks and smite all their fingertips off them.” HE QUOTES THE KORAN VERSES THAT CALL FOR BEHEADING UNBELIEVERS. 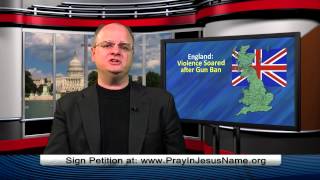 Watch!  Dr. Chaps’ TV interview with Oklahoma Wesleyan U. President Dr. Everett Piper on the Oklahoma beheading and other topics–> Why then does the Obama Administration call this “workplace violence?” “Calling it workplace violence is counterproductive,” said Colin Clarke, a Rand Corp terrorism expert. [Dr. Chaps’ comment:  It’s Muslim extremism, not workplace violence.  We just interviewed Dr. Everett Piper, President of Oklahoma Wesleyan University, who had some amazing insight–highly recommended viewing here.] Let’s petition Congress to STOP FUNDING THE MUSLIM BROTHERHOOD: Help Stop Funding The Muslim Brotherhood!  Select here to sign HOT petition, and we will fax all 535 Senators/Congressmen instantly (saving you time!)  Or select free option here. Obama vows to “destroy” ISIS.  (But pays them $500 million.) Your petitions to Congress are having an impact, perhaps on the White House and President Obama himself.  Obama is back-tracking, and vowed to “destroy” ISIS rebels who caused genocide murder of tens of thousands of Christian martyrs in Northern Iraq. Even the liberal MSNBC report praises Obama for taking a hawkish stand. Obama said, “Our objective is clear and that is to degrade and destroy ISIL so it’s no longer a threat—not just to Iraq but also to the region and to the United States,” referring to ISIS by their alternate name. Hypocrisy alert:  President Obama JUST REQUESTED $500 MILLION FROM CONGRESS TO FUND SYRIAN REBELS, reports the Washington Post. 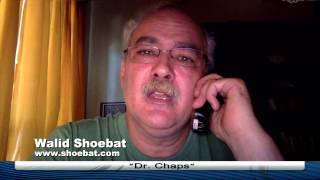 Watch!  Dr. Chaps’ most viral TV episode ever, with former Muslim Walid Shoebat on why ISIS rebels are beheading Christian men and raping Christian women–> Hint to Obama: Nearly all Syrian rebels are Muslim extremists working in collusion, using our money and weapons to exterminate religious freedom. Then his A.G. Eric Holder was surprised to learn “fighters from Europe and the United States who are supporting violent insurgents in the Syrian civil war are joining forces with Yemeni bomb makers,” reported HuffPo. Hint to Holder:  It was Obama’s CIA that sent those weapons, reports the NY Times. “In some ways, it’s more frightening than anything I think I’ve seen as attorney general,” Holder said on ABC’s “This Week,” broadcast. [Dr. Chaps’ comment:  Let me get this straight.  Four liberal papers, The WashPo, HuffPo, NY Times, and MSNBC all agree that 1) Obama is funding the rebels, 2) Holder is surprised about that, and now 3) Obama wants to “destroy” the rebels.  BUT HE STILL WANTS TO FUND THEM? Maybe he should first stop weaponizing enemies of religious freedom!] Let’s petition Congress to STOP sending our tax dollars to fund Islam overseas: Help Stop Funding The Muslim Brotherhood!  Select here to sign HOT petition, and we will
fax all 535 Senators/Congressmen instantly (saving you time!)  Or select free option here. God Bless you, in Jesus’ name,