The Obama Administration has set a deadline of January 2016 to require women be allowed to serve in front-line military combat roles, despite physical inequalities.

“Faced with a January 2016 deadline for introducing women to combat units, the U.S. Marines have discovered that for every man who fails a simulated artillery lift-and-carry test, 28 women fail,” reports WND.com.

“And for a test simulating moving over a seven-foot high wall, less than 1.2 percent of the men could not get over, compared to 21.32 percent of women… 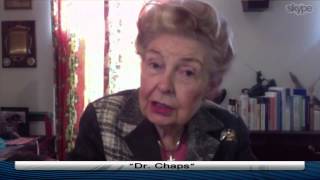 “The Marines said nearly one in five women ‘could not complete the tank loading drill in the allotted time.'”

[Dr. Chaps’ comment:  I agree with Phyllis Schafly, who opposes drafting your 18-year old girls into front-line combat.  As a 20-year military veteran and former Navy Chaplain, I believe in the moral equality of women.  I also recognize the genders are not physically equal.  If President Obama confuses gender distinctions by falsely claiming their physical equality, he will endanger our men and women in uniform.]

I’m amazed how many Democrats demand equality for everybody except Christians or  Chaplains who pray “in Jesus’ name” in public.  Let’s petition Congress to protect the First Amendment rights of our military chaplains.

Atheist wins, refuses “So Help Me God” in Military Oath

Does anybody see the irony, that atheists have freedom and are NOT required to say “so help me God” in their enlistment oath, but military chaplains are sometimes punished if they pray publicly “in Jesus’ name?”

“The Air Force said Wednesday it has joined the other military services in allowing its members to take their enlistment or officer appointment oaths without including ‘so help me God,'” reports Breitbart.com.

Secretary of the Air Force Deborah Lee James stated, “We take any instance in which airmen report concerns regarding religious freedom seriously. We are making the appropriate adjustments to ensure our airmen’s rights are protected.”

“The airman was a technical sergeant who was not an atheist in 2003 when he enlisted, but became an atheist later, according to attorney Monica Miller of the American Humanist Association.”

[Dr. Chaps’ comment:  As a Christian Chaplain defending the Constitution, ironically I actually support the atheist’s right to free religious belief.  He took a stand for his non-faith, and he won.  It reminds me of when I took a stand for my right to pray publicly “in Jesus’ name” as a Navy Chaplain.  I lost.  I was denied the right to renew my contract, I endured misdemeanor court-martial, I was honorably but involuntarily discharged, and denied a million-dollar pension despite 20-years of active duty service (my 4 cadet years didn’t count).  My wife and I were evicted from our home.  Congress later agreed with me and changed the policy, but I still wonder: If an atheist airman can re-enlist, but a Navy chaplain who prays in Jesus’ name cannot, why is there a double-standard against Christians?]

Please sign our petition for military chaplains who pray in Jesus’ name:

A federal judge has denied 2,500 evangelical Chaplains any right to join together in class standing to sue the U.S. Navy for anti-Christian religious discrimination.

The Chaplains had alleged “the U.S. Navy discriminated against them by employing a secret voting system that creates a bias in favor of promoting Catholics and liturgical Protestants,” reports Courthousenews.com.

“A group of 65 current and former nonliturgical Protestant chaplains [who already had class standing also] sued the Navy claiming liturgical chaplains are 10 percent more likely to be recommended for promotion if a chaplain of their same denomination sits on the Navy’s selection board, whose members cast secret votes of confidence.

“The D.C. Circuit revived in November 2012 the Baptist, Evangelical, Pentecostal and Charismatic Navy chaplains’ claims, which allegedly date back to 1976.

“While other branches of the Armed Services use public voting, the Navy’s secret voting system allows chaplains to essentially veto a candidate of a different religion by voting a zero level of confidence, according to the complaint. 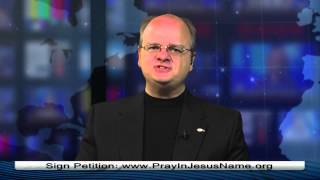 “The plaintiffs renewed on Dec. 4, 2012, their motion to certify a class of up to 2,500 chaplains whose careers the voting system allegedly injured or may injure in the future.

[Dr. Chaps’ comment:  The judge got it wrong.  There remains widespread discrimination against evangelical chaplains who pray “in Jesus’ name” and preach the gospel of Christ in church.  When I was a chaplain, they illegally punished my sermons in writing, for quoting ‘exclusive’ Bible verses like John 3:36 during optional Christian worship.]